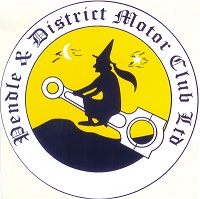 The Pendle District Motor Club Ltd. is based in the Barnoldswick and Burnley area in the North-West of England. The club was formed from  Pennine Range Motor Club and the old Rolls-Royce Motor Club in 1974. The club is registered with the Motorsport UK. and all the events run by the club are under Motorsport UK. rules and have an Motorsport UK . permit.

The club is a member of the following: –

PDMC won the SD34 championship for five years running. Only one other club (Clitheroe District Motor Club) in this group has five wins, but not consecutive. PDMC failed in 1995 to maintain their unbroken winning series!

1996 saw PDMC once more winning the SD34 championship, setting a new record as no other club has managed to win it six times.

PDMC also won the 1994/95 Shell Helix Challenge that ran from Summer 1994 and finished in February 1995. This was a national motoring quiz organised by Shell Motor Oils replica watches uk, open to all Motor Clubs throughout the UK.

Through the life of the club we have run Road Rallies, Autotests, Car Trials and still run (in co promotion) 2 Stage Rallies and on our own a Hillclimb at Scammonden Dam.

If you are interested in becoming a member of Pendle District MC please contact Rod Brereton (Chairman) on pdmc@clara.co.uk.

This site uses Akismet to reduce spam. Learn how your comment data is processed.